The building was constructed in 1996/1997 on the same site where the pavilion of the Society
of Visual Artists Myslbek stood in the 1930s and 1940s, whose members were influenced by the artworks of one of the most important personalities of Czech sculpture – Josef Václav Myslbek, after whom the building is named..
In 1997, the year of its opening, Myslbek Palace was one of the first post-revolutionary commercial buildings in the Prague city centre and was designed by the architects of the AHK studio. Since its opening, the Myslbek building has undergone a significant reconstruction under the supervision of the Jestico + Whiles architectural studio. Myslbek was then awarded the BREEAM In-Use green certificate.

The shopping gallery continues the art tradition and artists have had their place in it all along. The aim of the main architects, Zdeněk Hölzel and Jan Kerel, together with the French architect Claude Parent, was to respect the two historically distinct locations on the border of which the building stands. By doing so, they connected neoclassical architecture with twentieth-century architecture. 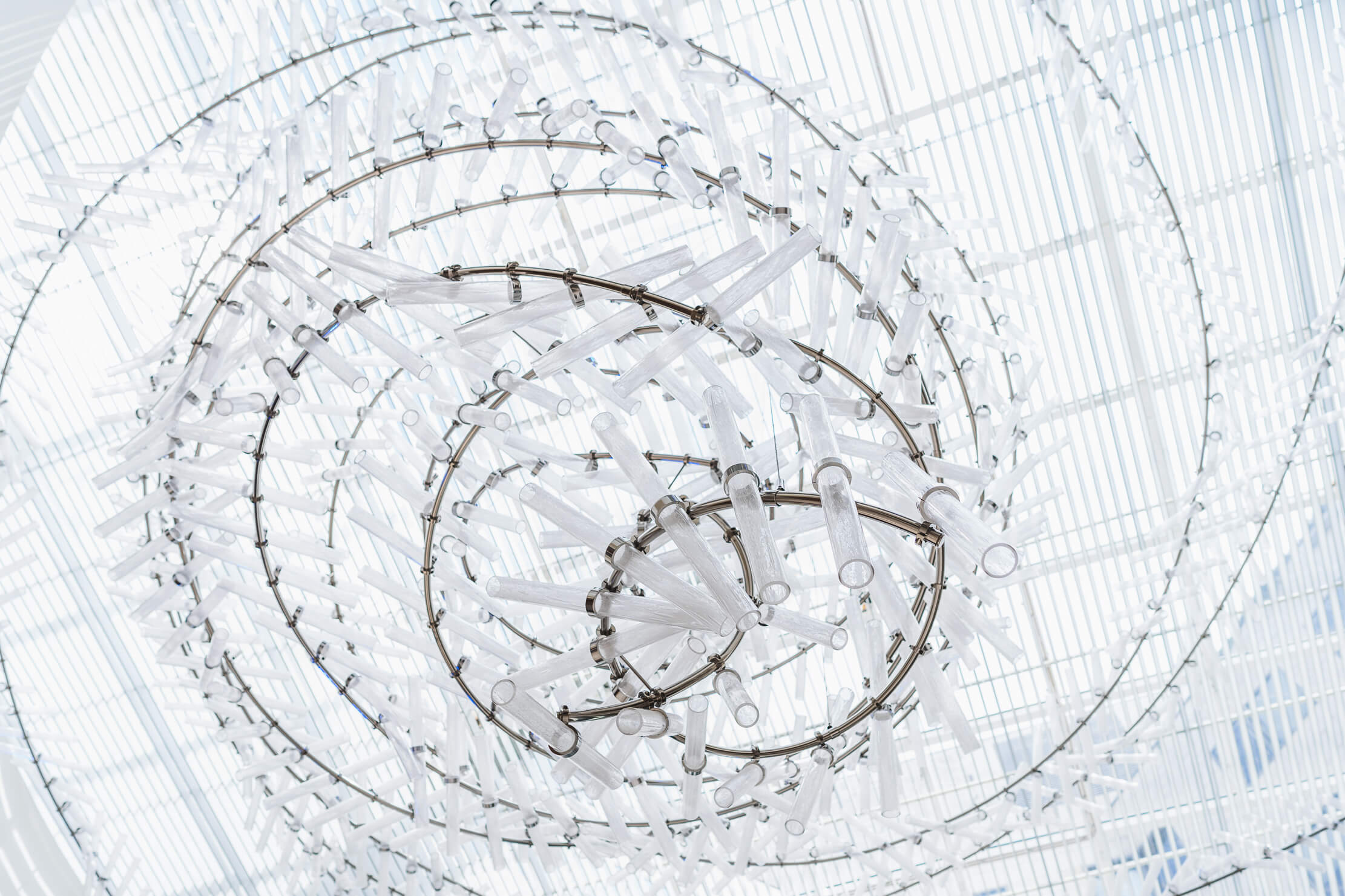 The shopping gallery takes pride in housing an exceptional work of art – at the time, it was the largest glass installation in Central Europe, designed by Maxim Velčovský and manufactured by the Czech company Lasvit. The Myslbek Shopping Gallery gifted it to itself for its 20th birthday. According to the author, it represents an energy vortex of sorts. The dynamic energy of Na Příkopě Street and the calmer energy of the Old Town meet here.

Tubular elements made of blown glass are anchored on the spiral tube. The work is composed of nearly 700 glass elements, measures an impressive 12 by 7 metres and weighs one and a half tonnes.

A symbolic gate in motion

Another interesting feature of the building is its remarkable metal gate facing Na Příkopě Street. It weighs over eight tonnes and is made entirely of stainless steel. The artistic intention was to open it every morning and close it in the evening. The movement takes six minutes. According to the designers' vision, it symbolizes the original division of the Old and New Town and should also evoke the gates of the castles that once stood there. 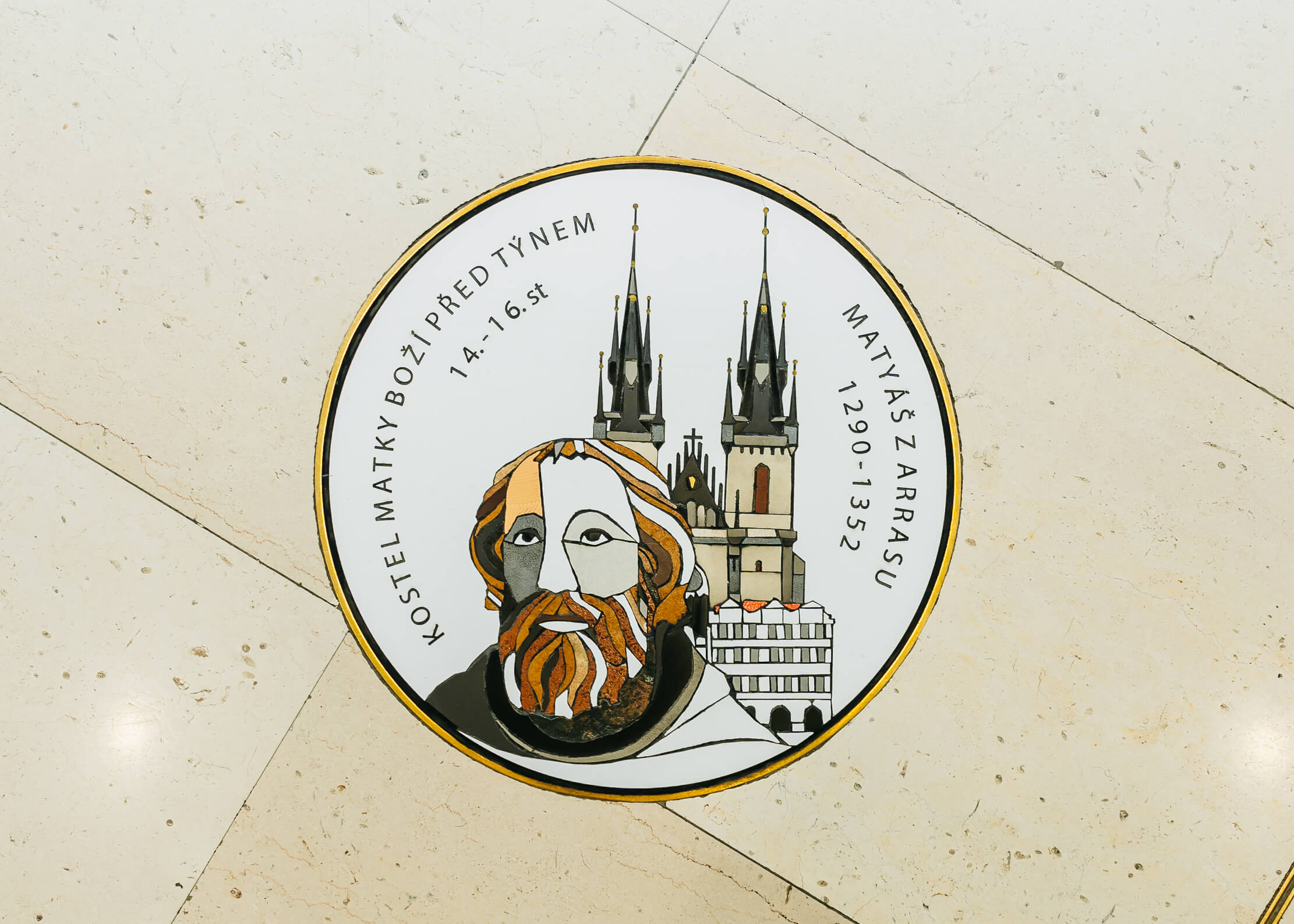 Art mosaics of the history of art and Prague

From 2020, twelve mosaics created by the art studio 2Mozaik can be found on the marble floor in the circular hall on the first floor
of the building. The mosaics depict important artists associated
with the monuments of the Prague city centre, including the statue
of St. Wenceslas by Josef Václav Myslbek. 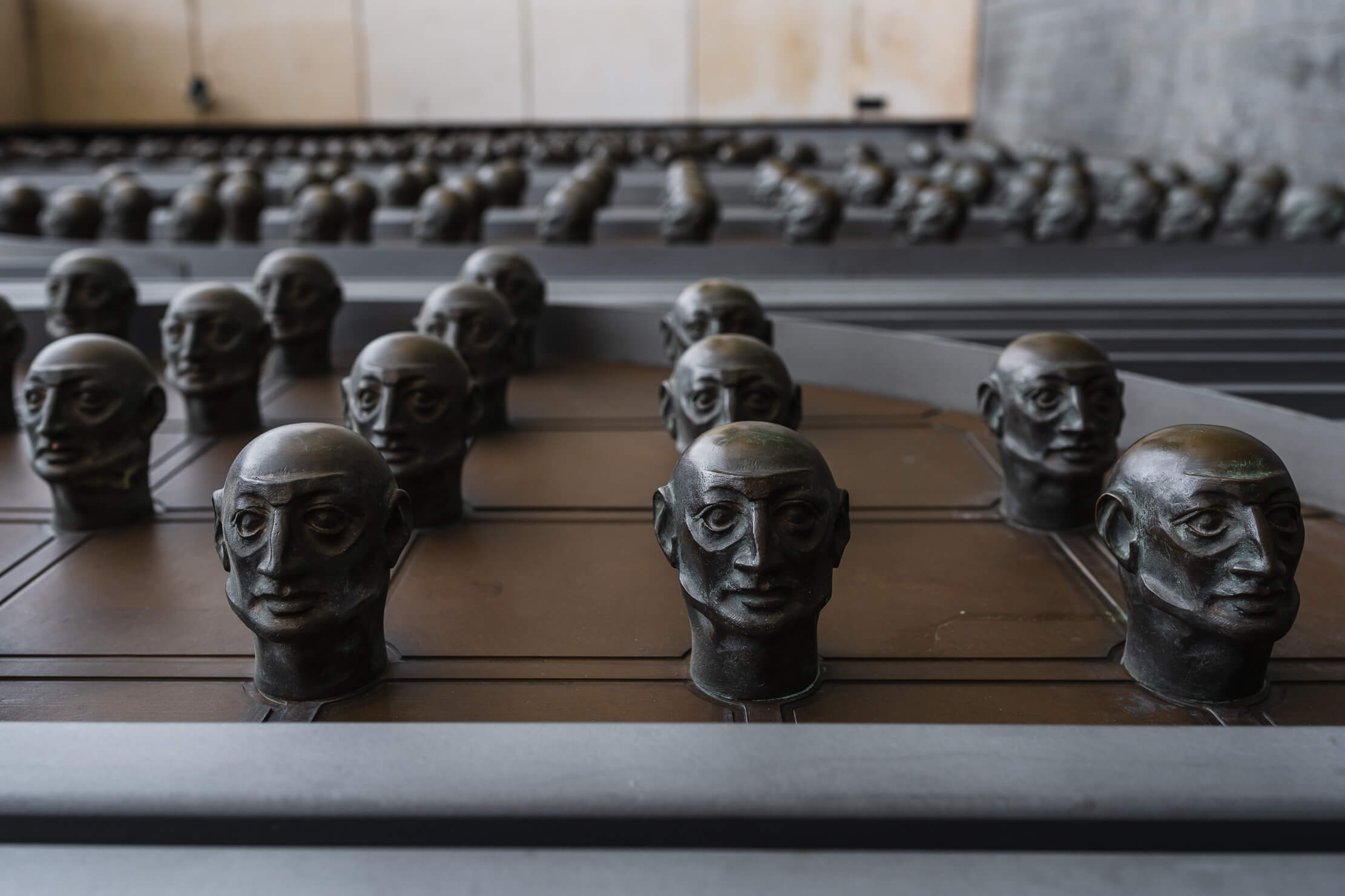 The Mysterious Door of Myslbek Palace

During the construction of the building, in 1996, The Door of the Myslbek Palace by Karel Nepraš was created. The imposing gate with little bronze heads hides the entrance to the technical background
of the building at Ovocný trh. 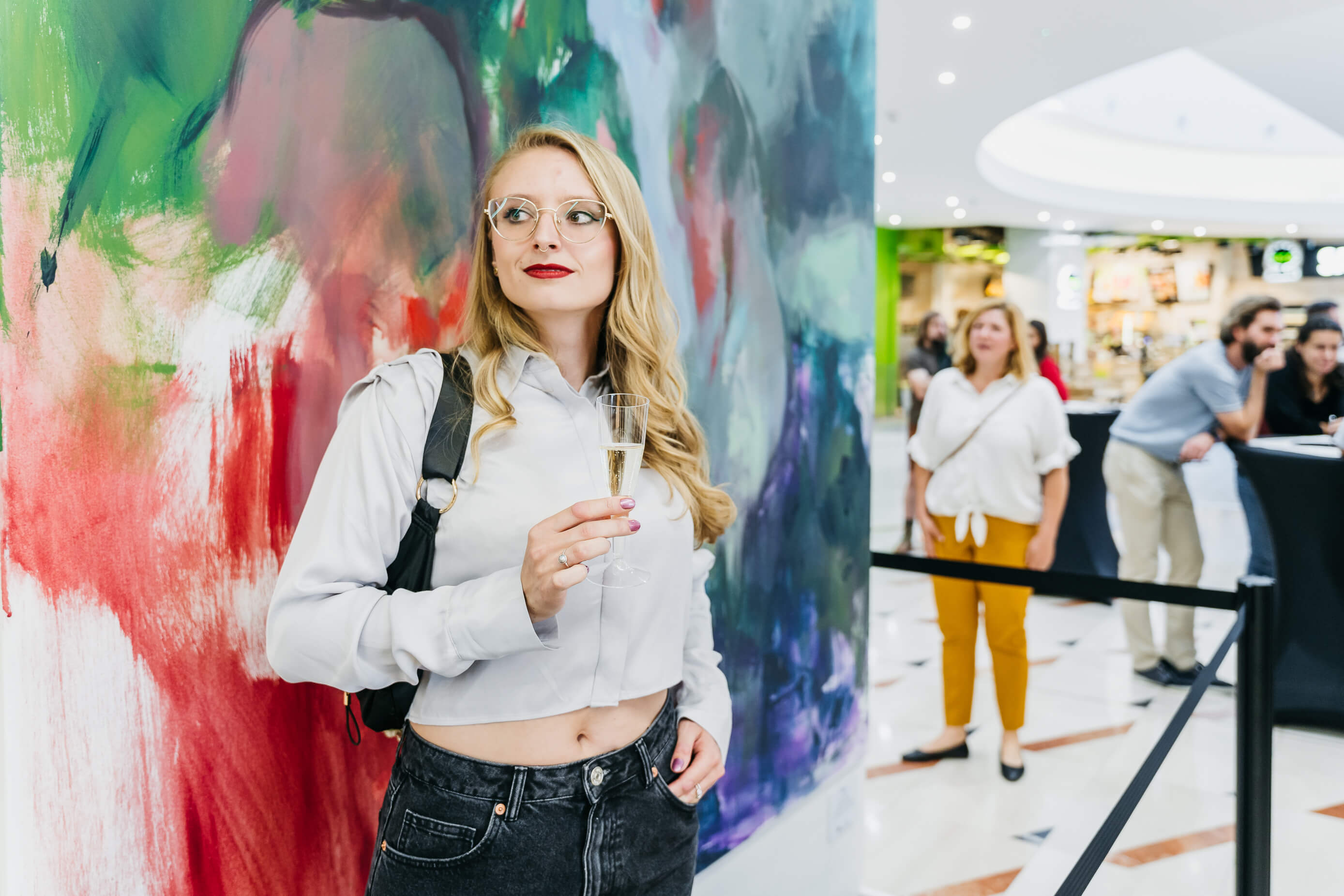 The artistic values are not forgotten in Myslbek even today. Currently, Myslbek is a partner of the VáclavArt project. Its aim is to bring interesting art by young artists into the public space. In the shopping gallery, visitors also have the opportunity to experience exceptional architecture and art.

On the right in slideshow: 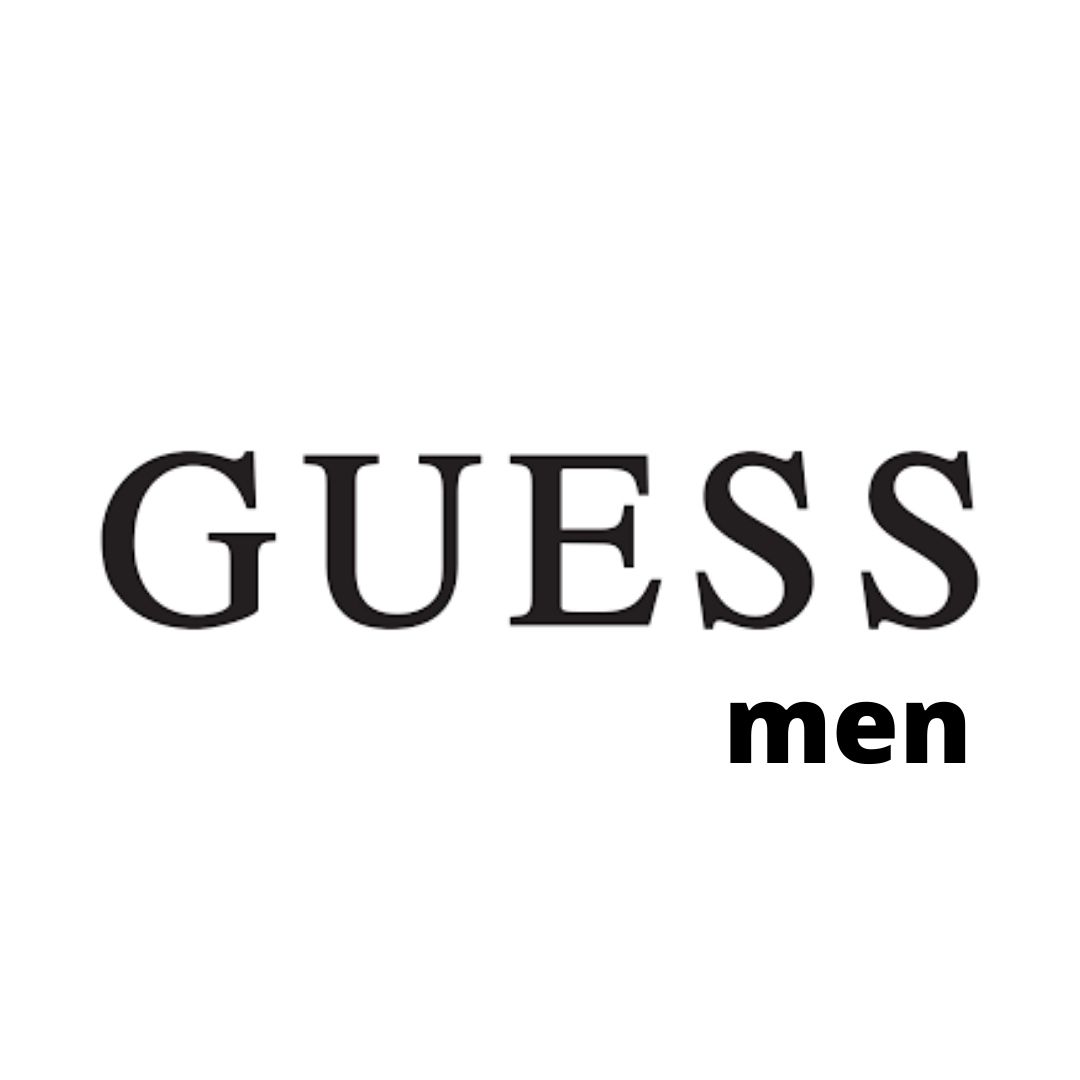 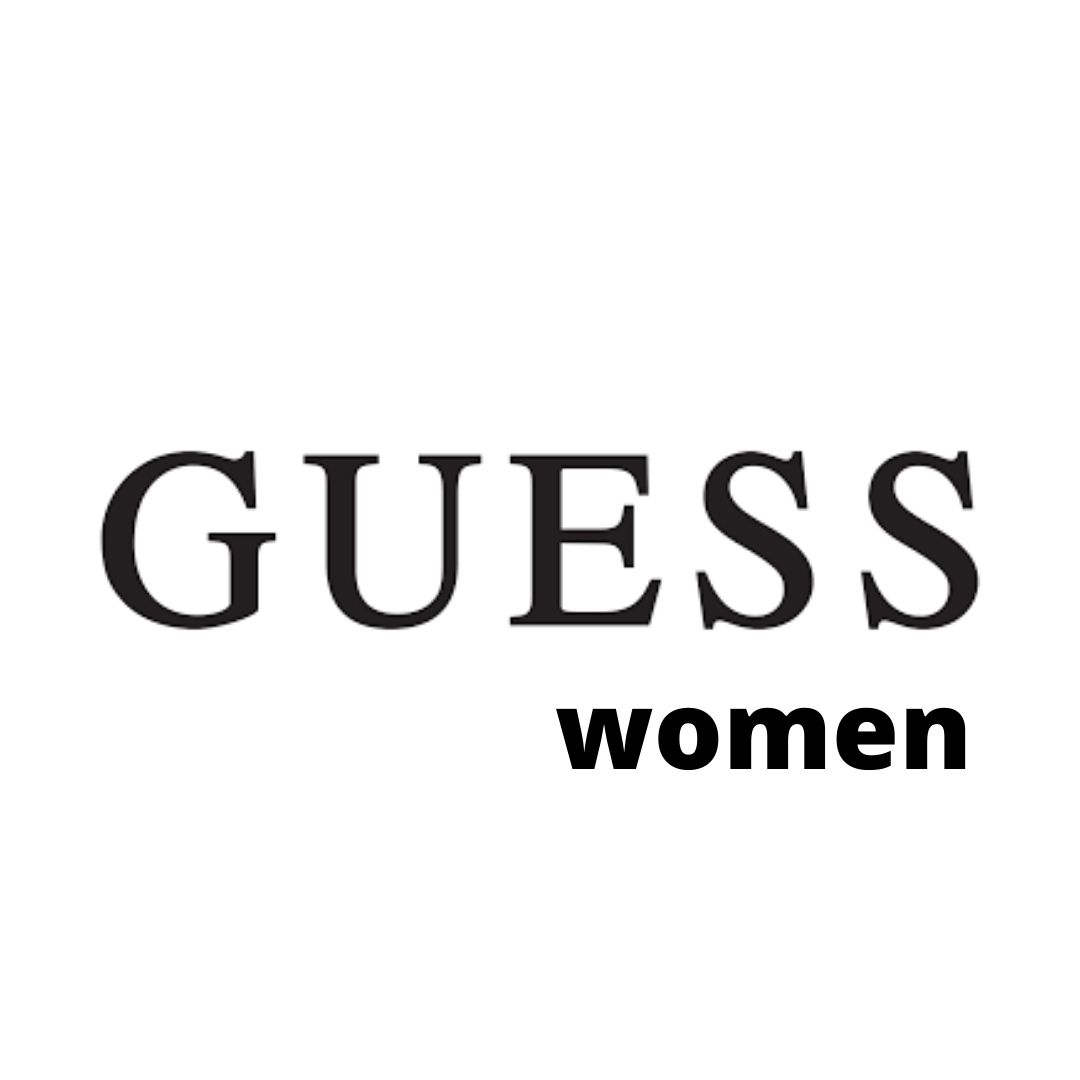 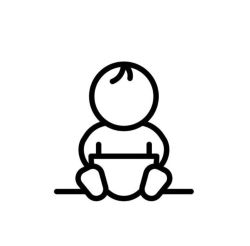 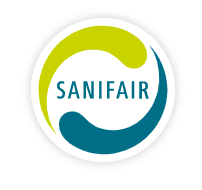 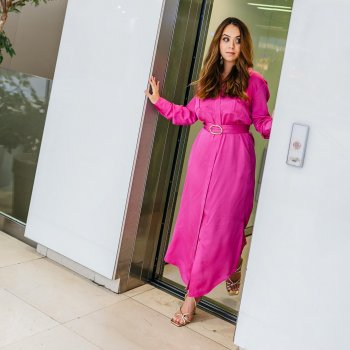 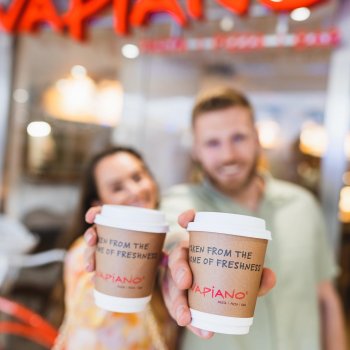 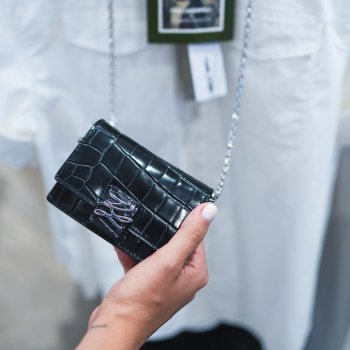 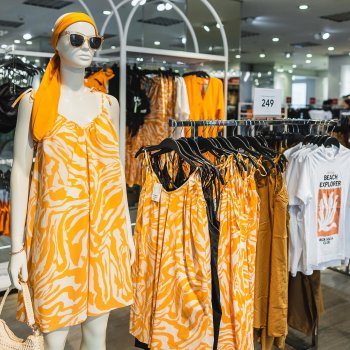 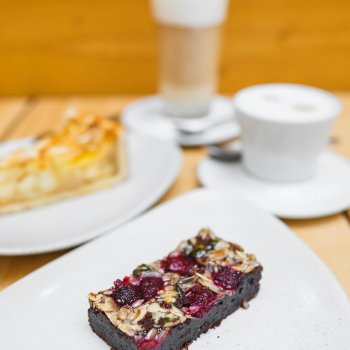 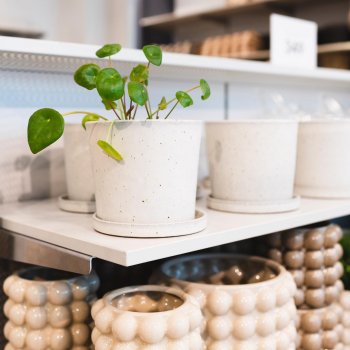